How Many Countries Does the Tropic of Capricorn Pass Through? 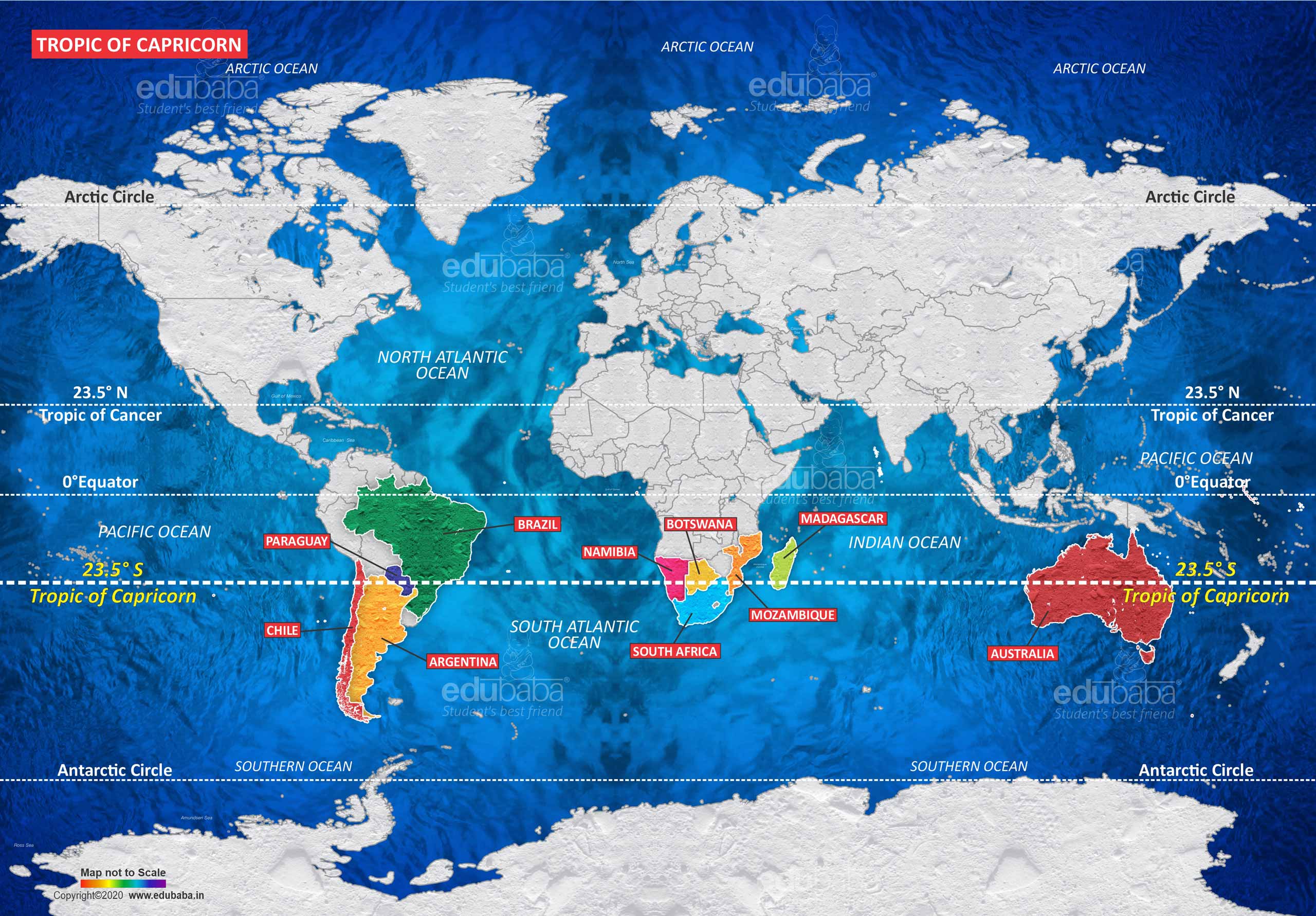 How Many Countries Does the Tropic of Capricorn Pass Through?

The Tropic of Capricorn is one of the five major circles of latitude (imaginary lines around the Earth) that are often marked on maps of the Earth.

The 23.5 degrees south latitude in the Southern Hemisphere is known as Tropic of Capricorn.  The Tropic of Capricorn’s position is not fixed, but constantly changes because of a slight wobble in the Earth’s longitudinal alignment relative to its orbit around the Sun Its latitude is currently 23°26′11.7″ (or 23.43659°) south of the Equator

Tropic of Capricorn passes through 10 countries, 3 continents and 3 water bodies.

The Tropic of Capricorn (or the Southern Tropic) is the circle of latitude that contains the subsolar point at the December (or southern) solstice. It is thus the southernmost latitude where the Sun can be seen directly overhead. It also reaches 90 degrees below the horizon at solar midnight on the June Solstice. Its northern equivalent is the Tropic of Cancer.