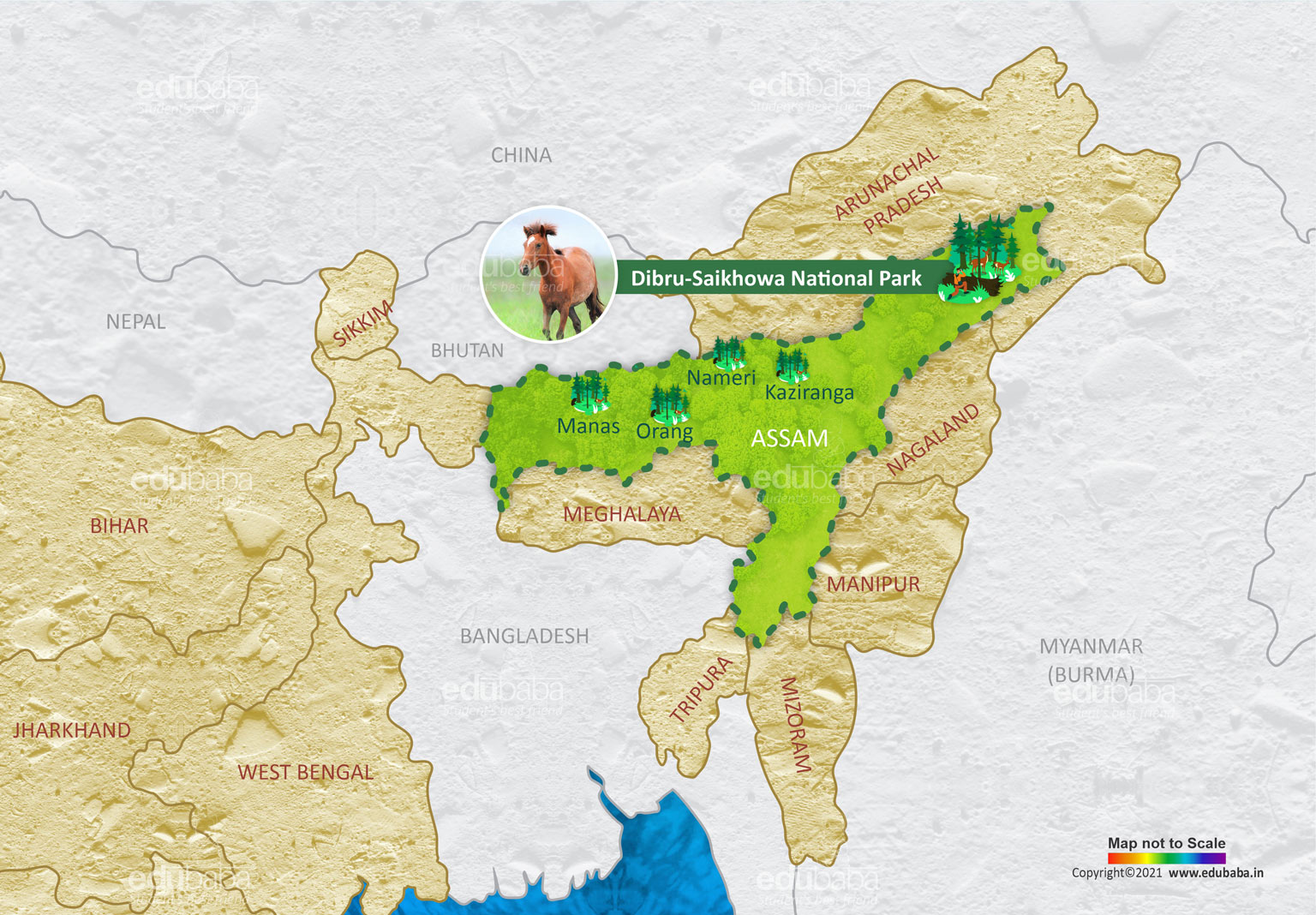 [Location] It is situated on the south bank of the river Brahmaputra in the extreme east of Assam state in India.

[Climate] The climate of Dibru-Saikhowa is of tropical monsoon type with hot and wet summers and usually dry winters.

[Wildlife] Situated in the flood plain of Brahmaputra, the Dibru-Saikhowa is a haven for many extremely rare and endangered species of Wildlife.