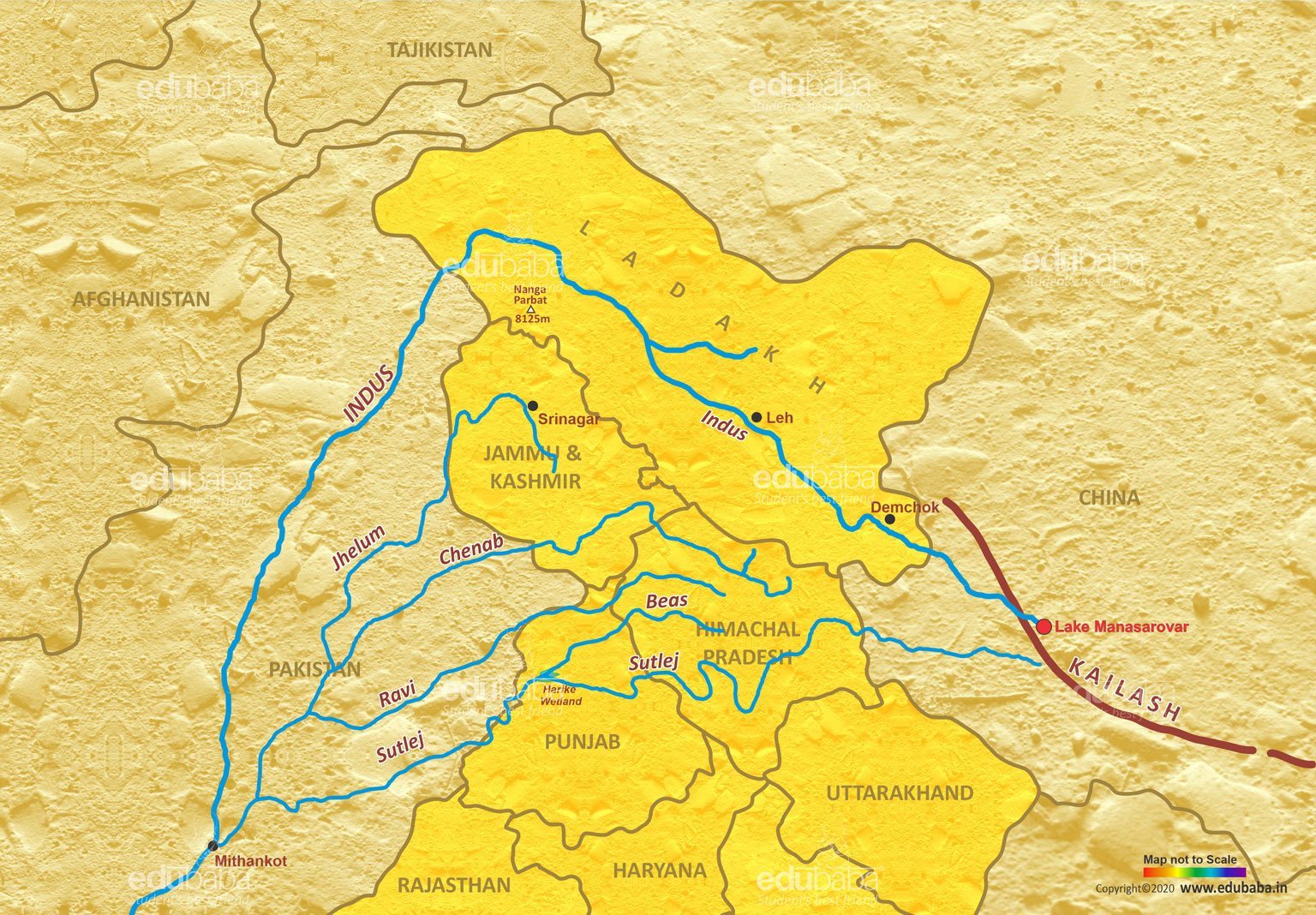 Indus river is a west-flowing river that originates in the Tibetan plateau near Lake Mansarovar. After entering India, it flows in between Ladakh and Karakoram range mostly close to the former. It enters the PoK region and flows to the north of Nanga Parbat, post which it enters Pakistan. It forms a delta before draining into the Arabian Sea. It flows through 3 countries – China (Tibet), India (Ladakh region), and Pakistan. It is one of the few rivers in the world to exhibit Tidal bore (Incoming tide forms a wave of water that travels up a river against the direction of river current)

There are five main left-bank tributaries of Indus, namely – Jhelum, Chenab, Ravi, Beas, and Sutlej. Jhelum originates from Verinag Spring in Kasmir Valley. It flows through Dal Lake, Wular Lake, and Pir Panjal Ranges and meets Indus in Pakistan. Chenab originates from Bara-Lacha Pass in Zaskar Range in Himachal Pradesh, which is also known as Chandrabhaga as it is formed due to the confluence of two rivers – Chandra and Bhaga. Ravi originates from Rohtang Pass in Kullu Hills in HP and is one of India’s transcendental rivers. Beas originates from Solang Valley in HP and lies entirely in Indian territory. It joins Sutlej in Punjab at Harike wetland. Sutlej originates from Rakshasthal Lake near Mansarovar Lake and enters India through Shipki La Pass. It is the largest tributary of the Indus.

Shyok is the main right-bank tributary of the Indus which originates from Rimo Glacier at Siachen glacier in Ladakh and is entirely located in the Ladakh region of India.

There are some other interesting facts about Indus.