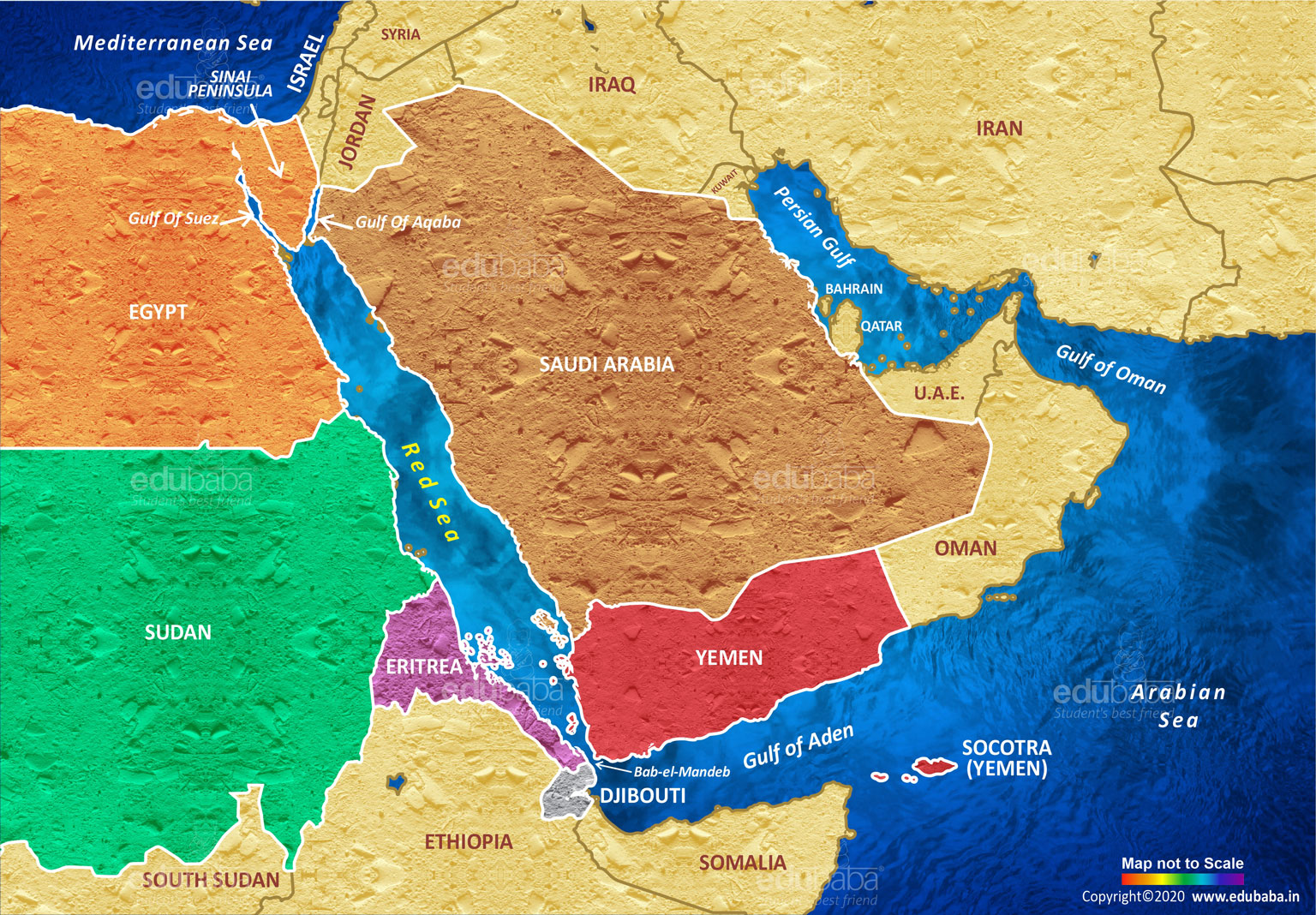 [Type] The Rea Sea is a semi-enclosed marginal seawater inlet of the Indian Ocean underlain by the Red Sea Rift, which is part of the Great Rift Valley of Africa.

[Location] The Red Sea lies between Africa and Asia.

[Climate] The Red Sea receives little precipitation in any form. The scarcity of rainfall and no major source of freshwater to the Red Sea result in excess evaporation. The summer temperatures are much higher with relatively high humidity.

Nearly 15% of the Red Sea fishes are of endemic species, which ranks the Red Sea among the top areas of high fish endemism in the world.