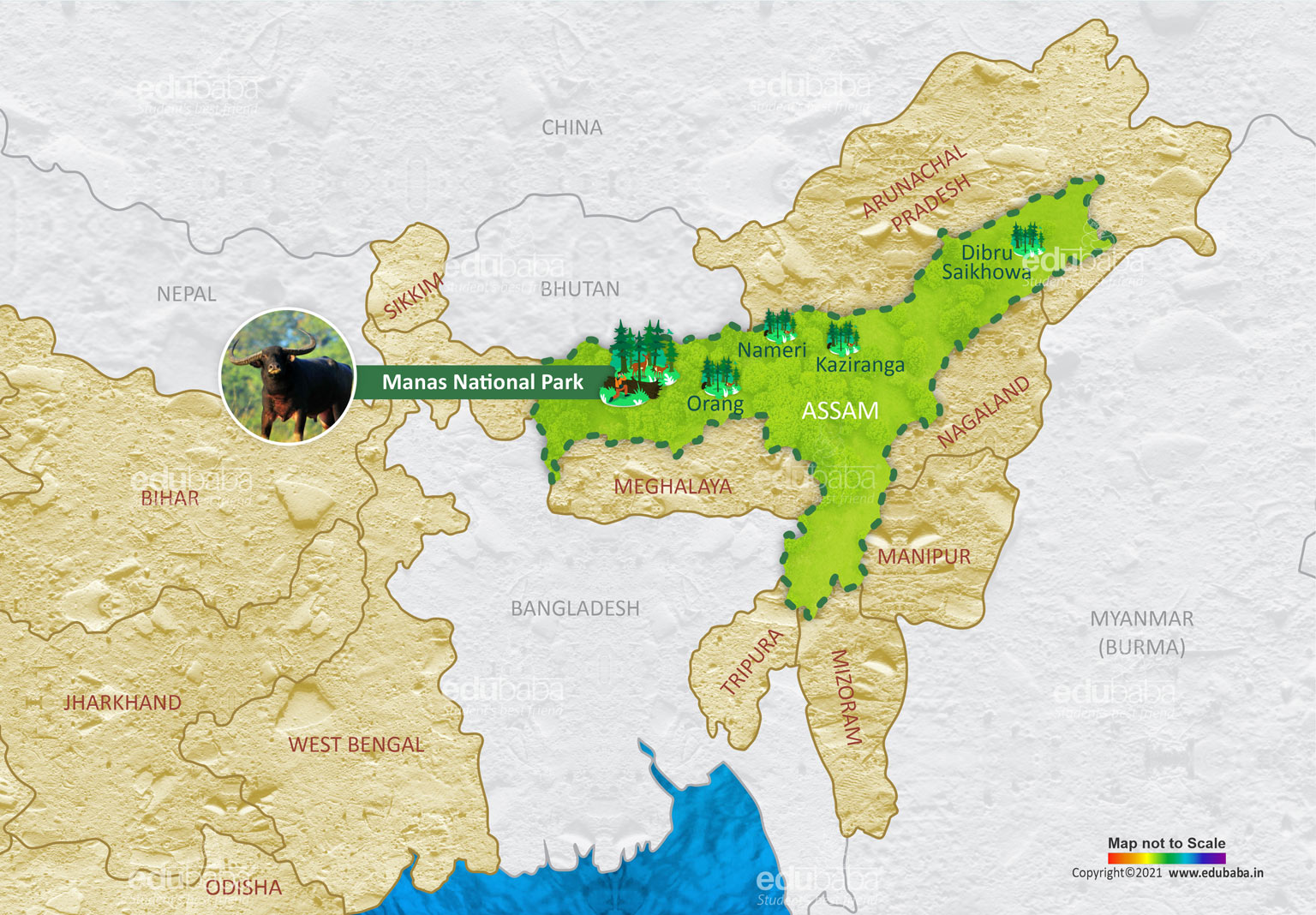 [Introduction] It is a National Park, a UNESCO Natural World Heritage Site, a Project Tiger Reserve, an Elephant Reserve, and a Biosphere Reserve.

[Location] It is located in the Himalayan foothills in the contiguous range with the Royal Manas National Park in Bhutan.

[Geography] Manas is located in the foothills of the Eastern Himalaya and is densely forested.

[Vegetation] The Manas lies in the monsoon forests in the Brahmaputra Valley semi-evergreen forests ecoregion.

[Wildlife] The park is known for its rare and endangered endemic wildlife that are not found anywhere else in the worldsuch as the Assam roofed turtle, hispid hare, golden langur, and pygmy hog. It is famous for its population of wild water buffalo.