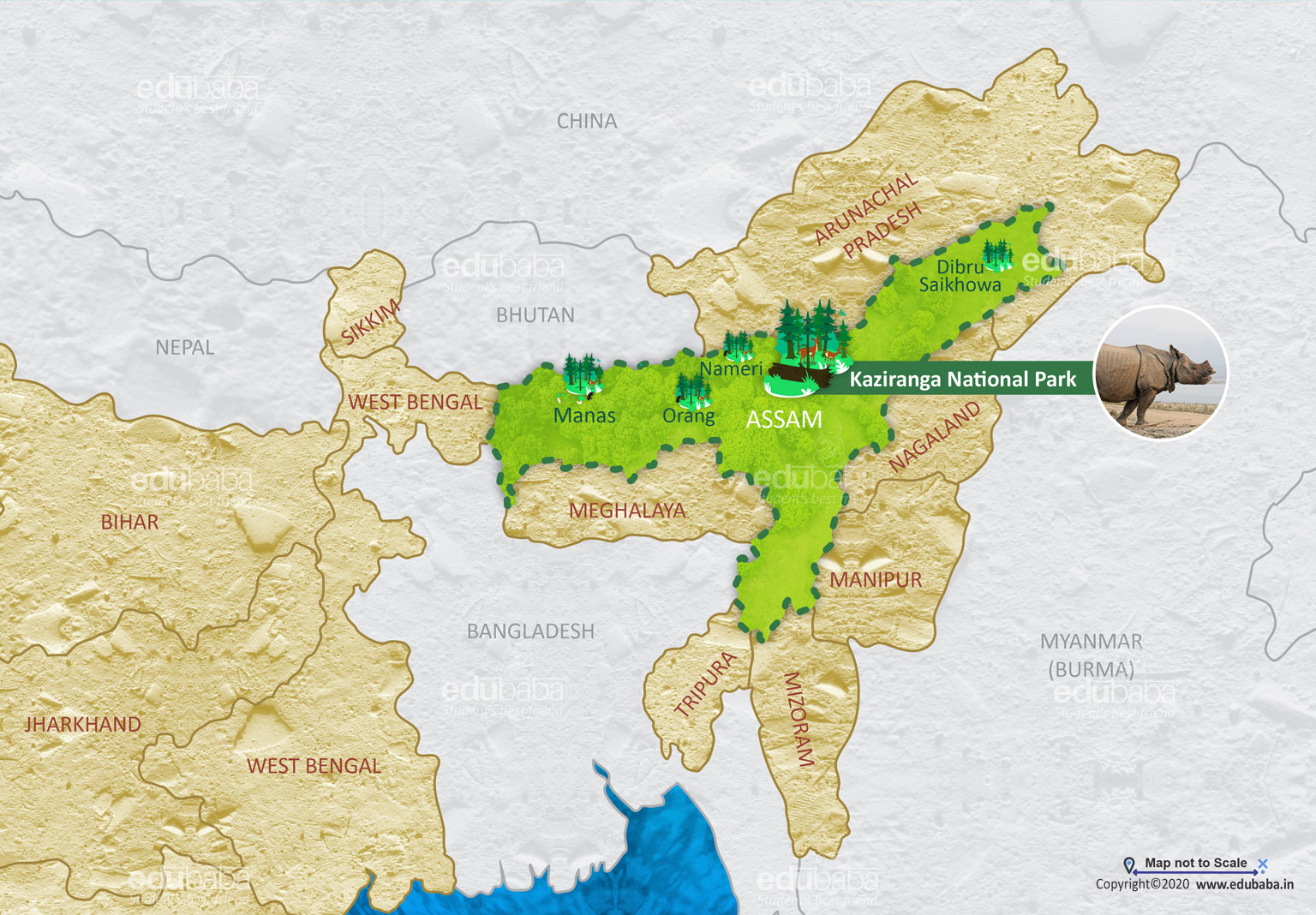 [Location] Kaziranga National Park is a public park located in the Golaghat, Karbi Anglong, and Nagaon locale of the province of Assam, India.

[Geography] The Kaziranga is crisscrossed by numerous water bodies including the Brahmaputra river, which forms the northern and eastern boundaries, and Mora Diphlu, which forms the southern boundary. Other notable rivers within the park are the Mora Dhansiri and Diphlu.

[Climate] The park experiences three seasons: summer, monsoon, and winter. The winter season (November to February), is mild and dry, summer season (March to May), is hot with high temperatures.

[Wildlife] It is the host for two-third of the world’s population of endangered Indian one-horned rhinoceros. According to the census held in 2018, the rhino population in Kaziranga National Park is 2,413.