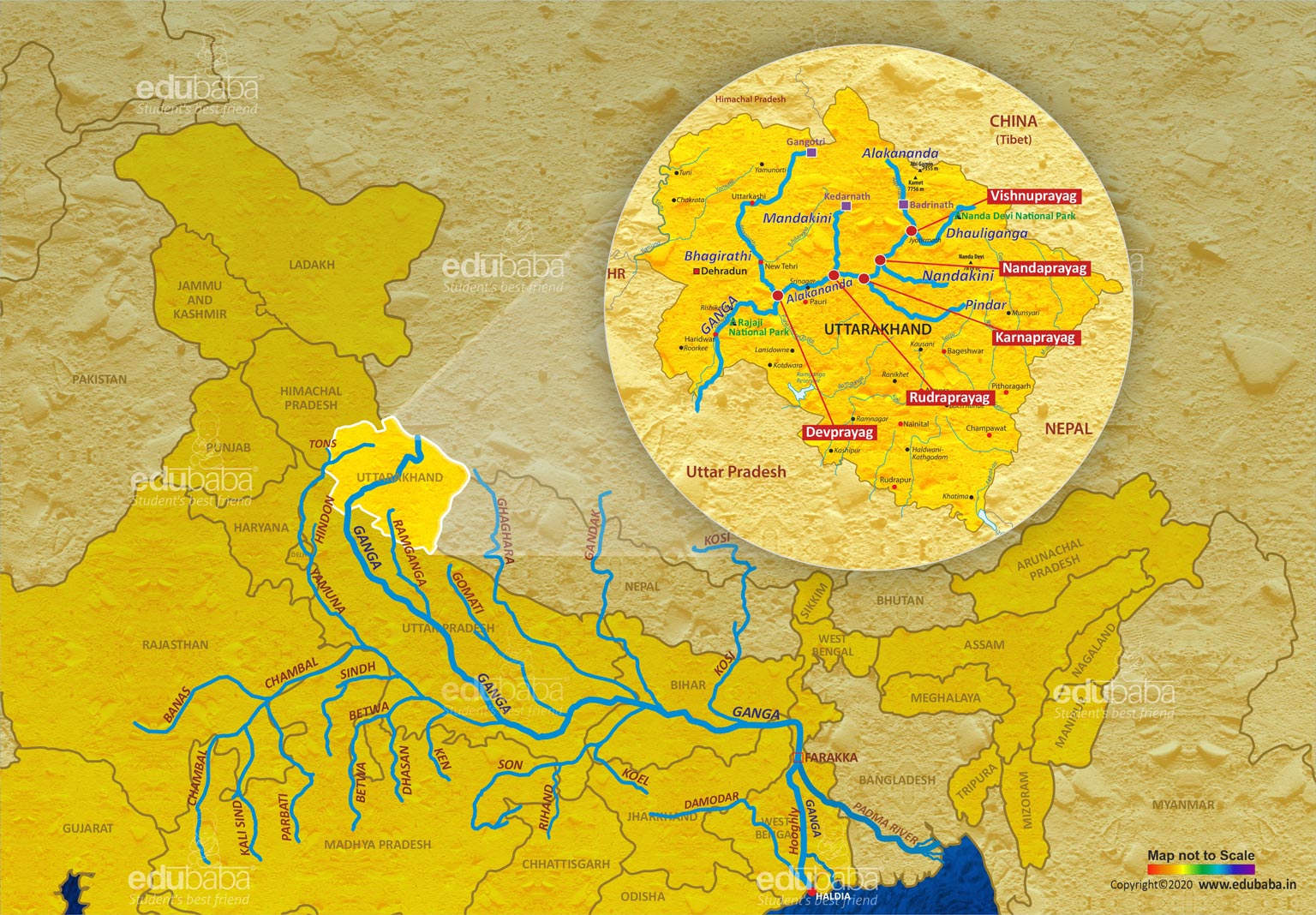 The Ganga river rises in the Gangotri glacier near Gaumukh (3,900 m) in the Uttarkashi district of Uttarakhand. Ganga basin is largest river basin in India with a length of approximately 2500 Kilometres. It is known by various names throughout its course. It is known as Bhagirathi at its source. At Devaprayag, rivers Bhagirathi and Alakanada join to give birth to river Ganga. The source of Alaknanda River is the confluence of Satopanth Glacier and Bhagirathi Kharak Glacier., which is part of Greater Himalayas.

Through the course of Alakananda, we will come across Five sacred river confluences – called the Panch Prayags. The first prayag, called Vishnuprayag or Joshimath, is place where Dhauli and Alakanada rivers meet. Dhauli river originated from Nanda Devi National Park in Uttrakhand. The second being Nandaprayag, a place where Nandakini joins the Alakananda river. The Alakanada river is further joined by Pindar river at Karnaprayag, the third prayag. At Rudraprayag the fourth prayag, Mandakini joins it. Finally, it joins the Bhagirathi river at Devaprayag, the fifth prayag.

After five sacred river confluences, Ganga passes the Rajaji National Park, and reaches the town of Haridwar. It then flows along the border of Uttarakhand and Uttar Pradesh. After entering Uttar Pradesh, it reaches Prayagraj (which is also called Allahabad). It is very sacred place where Maha Kumbh Mela takes place. In this place, the three rivers – Ganga, Yamuna, Saraswati – merge and hence it is called Triveni Sangam. After passing through Varanasi and forming small border of UP and Bihar, it then enters Bihar. In Jharkhand, Ganga flows through its north eastern border and then enters West Bengal. It divides into two parts near Farakka, that is, Ganga now becomes a distributary.  One branch flow through West Bengal as Bhagirathi-Hooghly River system whereas other enters Bangladesh as Padma river. Finally, Hooghly river enters in Bay of Bengal near Sagar Island. 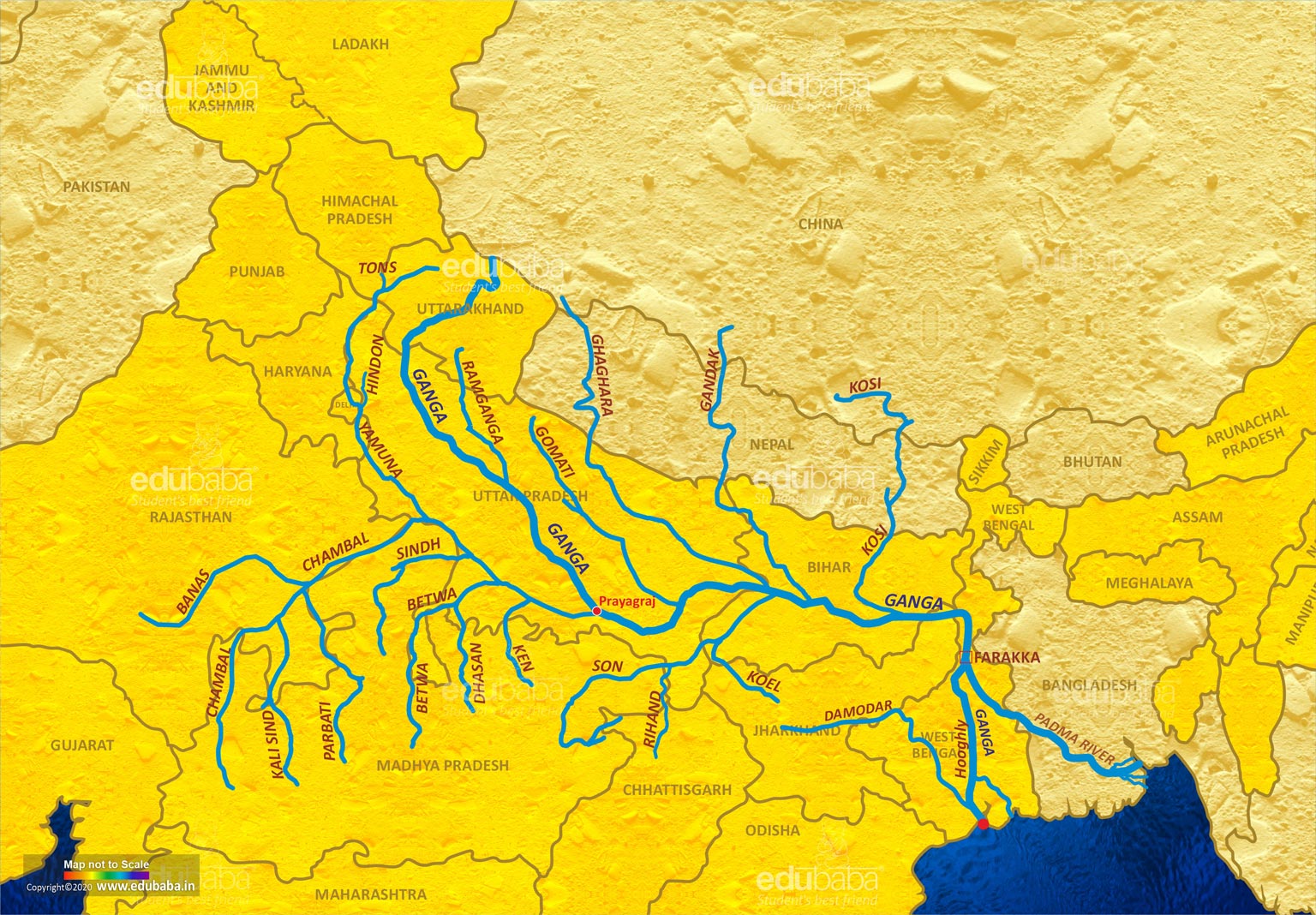 Having discussed the right bank tributaries, let’s discuss the left bank tributaries of River Ganga. First one is Ramganga. It originates from Dushatoli range in Uttrakhand and passes through Jim Corbett National Park and confluences with river Ganga in Uttar Pradesh. Next one is Gomati, which originates from Gomat Taal in Uttar Pradesh and meets Ganga at a place near Varanasi. The third one is – Ghaghara river, which is a transboundary river, as it originates in Tibet and meets Ganga on UP and Bihar border. Other right bank tributaries are Gandak and Koshi which are also transboundary as they originate from Nepal. Kosi river is also known as sorrow of Bihar due to heavy flooding in Bihar.

Join us on Telegram to Get Regular Updates 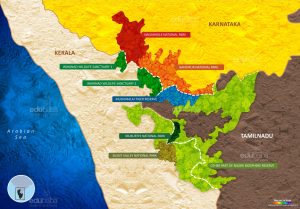 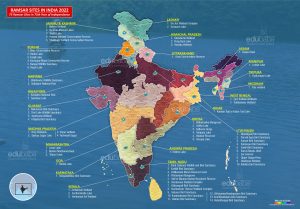