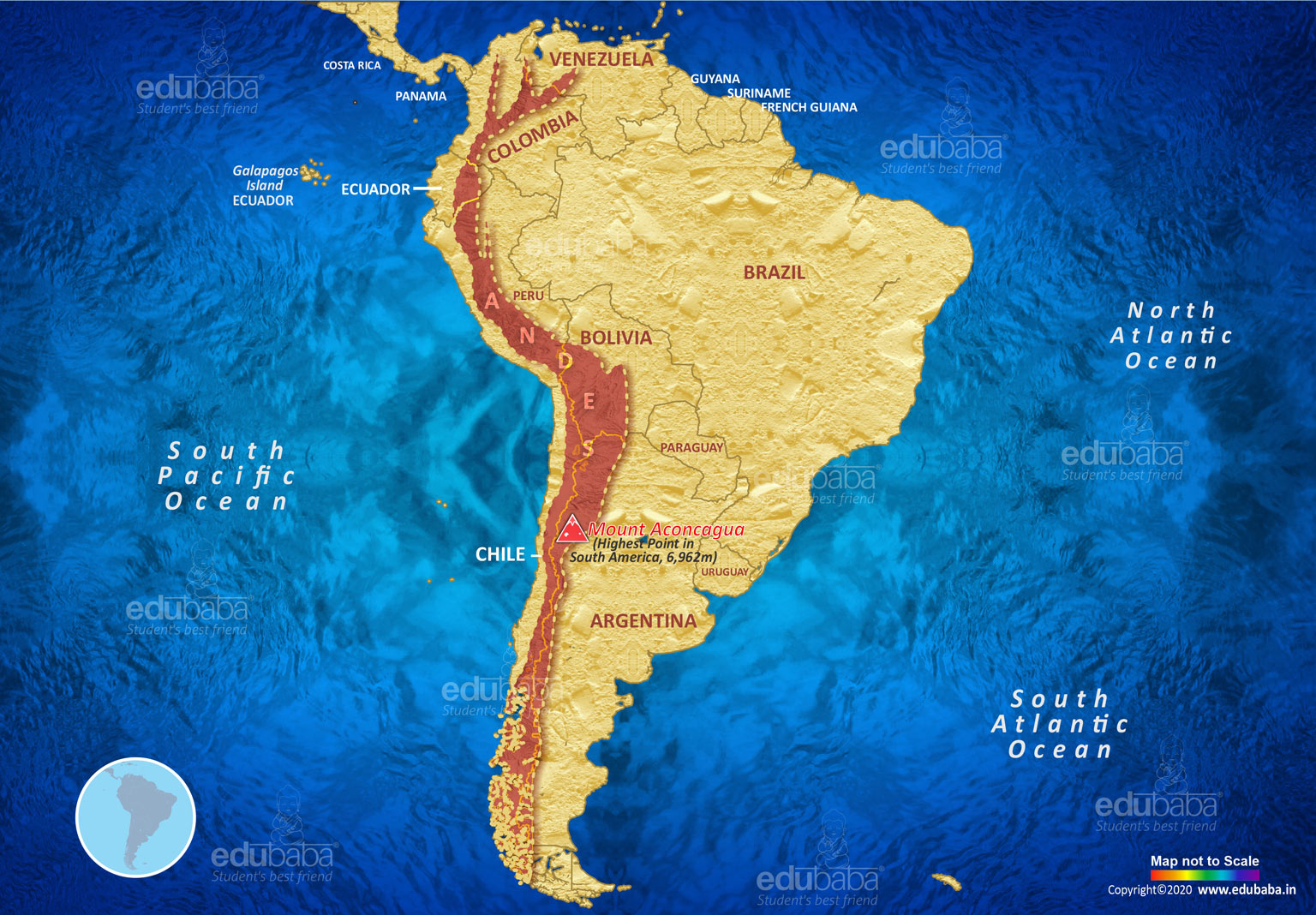 [Length] It is the longest continental mountain range in the world, with a length of ~7,000 Km.

[Location] Continuous highland along the western edge of South America

[Peaks/ Volcanoes] The Andes range has many active volcanoes distributed in four volcanic zones separated by areas of inactivity.

[Climate] Precipitation varies widely. South of latitude 40°S, annual precipitation is higher, whereas to the north, it diminishes considerably and becomes seasonal.

[Vegetation] Andean soils are relatively young and are subject to great erosion by water and winds because of the steep gradients of much of the land.